Morrison said past actions, including the removal of more than 100,000 Aboriginal children from their families and communities, had to be acknowledged.

“In acknowledging that fact, I repeat the words of my predecessor … I am sorry,” Morrison told Australia’s parliament.

Then Prime Minister Kevin Rudd led a landmark parliamentary apology in 2008 to members of the so-called Stolen Generations.

The government has in previous years marked the day with an annual update on its long-running Closing the Gap programme to improve the lives of the Indigenous population.

Australia’s 700,000 Indigenous people track near the bottom of its 26 million citizens in almost every economic and social indicator.

After more than a decade of failing to meet targets such as improving life expectancy, education and health standards, the government last year overhauled the programme and put Indigenous leaders at the heart of decision making. The changes delayed the annual report, which is due for publication in July. CPN (Maoist Center), the main ruling party, has decided to take initiatives for forging a 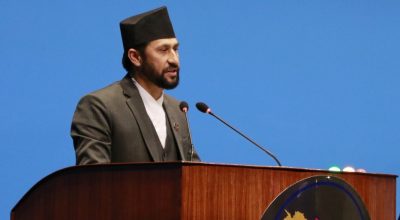