Firefighters in Western Australia get upper hand on several bushfires Smoke rises from a bushfire in the Avon Ridge and Brigadoon area of Perth, Australia, February 3, 2021. AAP Image/Richard Wainwright/via REUTERS

MELBOURNE (Reuters) – Firefighters in Western Australia got under control six fires in the state’s southwest that authorities said on Sunday were most likely deliberately lit, while rain helped to contain a weeklong blaze that destroyed 86 homes in the hills of Perth.

The state’s Department of Fire and Emergency Services (DFES) said all of the suspicious blazes, now under investigation, started around the same time on Saturday evening and were close to each other.

A heavy downpour over the weekend helped to contain those blazes and allowed firefighters to bring further under control a devastating fire that has burnt through 11,000 hectares (27,181 acres) of land. [L8N2KC03T]

Thousands of people were forced to flee their homes last week in Perth, complicating a five-day lockdown imposed on Monday on the state capital after Western Australia detected its first coronavirus infection in 10 months.

The weekend rain is the first in a month in some areas that have been burning, media reported, allowing people to seek permits to return to their homes and see the extent of the damage.

The rain, which has caused heavy flooding in parts of the state, is expected to continue on Sunday, the Bureau of Meteorology said.

While bushfires are common in Australia’s summer, last week’s fires brought memories of the blazes that razed through the east, south, and west last year, scorching more than 12.6 million hectares – nearly the size of Greece. More than 3,000 homes were lost, and 33 people died.

Western Australia Premier Mark McGowan called on Saturday the past week of fires, extreme weather, and the coronavirus lockdown, was a ‘dramatic’ one.

“One we will remember,” McGowan said. “The heartening thing is that the people have overwhelmingly done the right thing.” 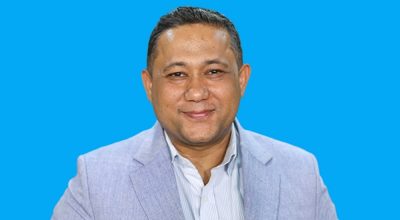 Minister for Education, Science and Technology Shishir Khanal has stated that the ministry was holding