Nepalis rock to Nepathya in the heart of Melbourne (with videos) Melbourne, Australia: More than 1,000 Nepalis rocked to the one of Nepal’s most beloved band Nepathya in Melbourne’s Central Business District on Monday evening. As they do around the world – the crowd was completely enchanted and mesmerised as they played their popular and new tunes alike.

The concert was held in The Palms at Crowne, Melbourne CBD, and isn’t the band’s first performance in Melbourne, or Australia as a matter of fact. They have toured Australia multiple times before, and each time met with the same amount of enthusiasm from the crowd. They performed in Sydney prior to arriving in Melbourne to an amazing 3,ooo and more crowd. Delivering a powerful performance, vocalist Amrit Gurung also spread several meaningful messages to the community – he spoke of the importance of Nepali music and culture, encouraged the community to study and work hard, live an honest life, and asked them to re-visit Nepal while taking their Australian friends along.

The concert was organised by Neplay Events, a successful event planner and organiser based in Melbourne and boasted a ‘sold out’ audience. They have held several other succesful concerts and events in the past, and have assured further promising events in the future – Bajaucha Australia in 2020 being one of them.

The platform was also shared by local artists – the opening act was provided by Aakash Dhungel (A – Ca$h), Utsav Katuwal and Ayumi. The numbers to the after-party were provided by Mista Bling, Nutcase and Jack.

The concert was primarily sponsored by Grace International, powered by Ghothane Lawyers and received immense support from several other local businesses. The organisers thanked the sponsors.

With their performance in Melbourne, Nepathya has concluded its 2019 Australian tour. They performed in Brisbane, Darwin, Adelaide, Hobart, Sydney and Melbourne to packed audiences in a little more than a month.

Sharing with you a few glimpses of the crowd and their love for the band. #NepathyainMelbourne #Nepathya #NVAustralia #NepaleseVoice pic.twitter.com/tyBe88qnKU

Sharing with you a few glimpses of the crowd and their love for the band. #NepathyainMelbourne #Nepathya #NVAustralia #NepaleseVoice pic.twitter.com/qjQbZAW6jm 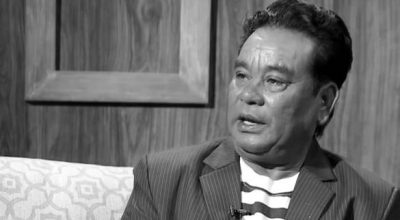