Stock rewards for all would be valued virus legacy (Reuters) – Sharing should be more caring in 2021. In one notable example of spreading the corporate wealth amid the Covid-19 crisis, Woolworths pared manager bonuses so that over 100,000 workers could have a little slice of equity in the Australian supermarket chain. If more companies followed suit in the coming year, it would create a lasting virus legacy.

The pandemic ought to bring the advantages of employee ownership into sharper relief. For one thing, research published a few years ago in the British Journal of Industrial Relations found links to much greater job security during downturns. That’s on top of the improved loyalty, work ethic, job satisfaction, wealth creation and financial literacy often associated with staffers owning stakes in their employers.

Despite these benefits, and few significant drawbacks beyond the administrative burdens, the idea has only slowly gained traction beyond Wall Street and Silicon Valley at companies like Starbucks. The percentage of U.S. private-sector workers holding equity in their companies – whether through options, share purchase programmes, 401k retirement accounts or formalised employee stock ownership plans – has been flat at about a fifth, according to the quadrennial General Social Survey.

Woolworths used the tough year as an opportunity to be more inclusive Down Under. Instead of just the usual cash or gift-card awards, the company also doled out up to A$750 ($555) in shares to full- and part-time employees to recognise them for braving bushfires and Covid-19. To help cover the cost, everyone from boss Brad Banducci to deli-counter managers took a cut in their bonuses. For about $37 million, the company in one fell swoop turned half its workforce into stockholders.

Although designed as a one-off expression of gratitude, it would be even better if Woolworths expanded the programme. There’s also time for hospital operators, restaurant chains and retailers worldwide to use equity to show appreciation for workers who provided lifelines throughout the pandemic. Walmart, for one, spent $850 million on stock-based compensation in the year to January 2020. Distributing such awards more widely should be a no-brainer.

In October, all the new employee owners of Woolworths received their first dividends. It will pay even bigger ones for the company, and others that can see clear to giving workers the gift of stock certificates. 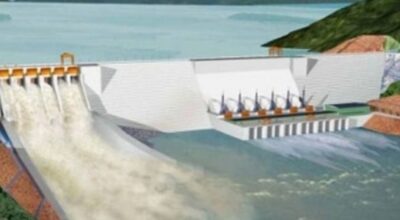