NepaleseVoice, 2018)– The Non-Resident Nepali Association of Australia New South Wales State Co-ordination Council is all set to organize its 7th Grand Nepal Festival on the 24th of November 2018. The biannual festival brings together a grand spectacle of Nepalese songs, music, dance and food, in light of promoting the rich culture and history of Nepal and its people.

For the success of the upcoming event, NRNA with its own officials, and some active members of the Nepalese community has formed 28 sub-committees to oversee the different performances and happenings of the festival.  The chief organizer of the Sydney Nepal Festival, Mr. Nanda Gurung has announced Dhila Kharel as the deputy coordinator of the organizing committee, while handling the joint role of secretary to Dev Gurung and Pooja Chand. The main committee itself is expected to comprise of more than 50 members. The festival is being organized by NRNA in collaboration with the Embassy of Nepal, Consulate General of NSW, Nepal Chamber of Commerce and numerous other community organizations based in the region.  According to the information provided by deputy coordinator, Dhila Kharel, there are a total of 42 members in the advisory board from the newly established 28 sub-committee. Meanwhile, Nanda Gurung will be spearheading event management committee, alongside deputy coordinator Krishna Giri and 9 other members and Miss Indra Ban will be in charge of the supervision and monitoring of the committee.  Likewise, other committees have been allocated responsibilities in regard to the venue management, cultural management, stall management, self-service management, sponsorship management, guest invitation, hospitality, marketing and promotion, media, tourism, first aid, security, sound, lights, photography and videography, stage management and more. Click here to for the full list.

While, government officials, actors, and business personas from Nepal are routine attendants of the festival, we also get to see quite a crowd of people from international community and local Australians. For a celebration that is known to bring together people from all walks of life, the slogan for this year’s Nepal Festival Sydney is “One country, Many stories”. 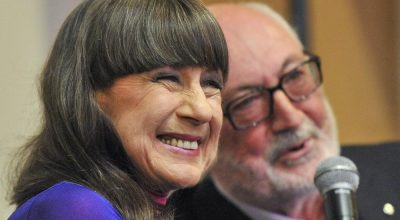