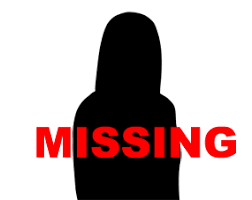 Others are still to be located.

Ram Bahadur Chand, communication officer at the Nepal Child Rights Council, said that there are many categories under missing children of 15-18 age. Such as some parents file report when children go missing for 2-3 hours and they return after an hour or so after missing complaint report, some parents do not inform even after locating the children. Some children who go missing are lured into employment, and some run away from home deliberately.

However, most children of this age group go missing without informing parents in search of independence (financial), freedom, and infatuation to the opposite-sex, added Chand.

Gauri Pradhan, founder of the Child Workers in Nepal Concerned Centre (CWIN) Nepal stressed that children have been missing for a long time, and the focus should be on minimizing the trend. Missing children, mainly of age 15-18, have been categorized as those who deliberately run away from home, lured into trafficking and employment, for the opposite sex and the lost children.

Pointing out that mainly children of 15-18 flee for the opposite sex and end up in early marriage and pregnancy, Gauri Pradhan, also a former member of the National Human Rights Commission, said, “We must cut through the taboos and stigma, patriarchy, and binding culture to understand and educate the growing children about sex education”.

He, however, pointed out that there are compounding reasons for children to flee from home. Pradhan suggested on working out each and every issue related to missing children and mitigate the overall issues of children simultaneously.

Namuna Bhusal, program officer at the National Child Right Council, said that majority of missing children are from the 15-18 age group.

However, many missing children aged 15-18 turn themselves into early marriage, child labor, and sometimes even in trafficking so we as parents need to be sensible and sensitive about the issue, said Sharma.