It has been reported that no Nepali job-seeker vying for employment in Japan will be able to go there in 2020 as all aspirants failed their skills test under the 2019 fall exams.

In the first phase of the job opening for nursing caregivers, as many as 497 Nepalis had appeared for the language test. While only 56 managed to pass the test, all of them flunked the subsequent job-related skills test conducted by the Japan Foundation.

Umesh Dhungana, joint secretary at Ministry of Labour, Employment and Social Security, said the ministry is analyzing why all candidates failed the exam.

He added that Nepal government will request the Japanese government to simplify the skills test for Nepali job aspirants.

Though there is no chance of review of the 2019 fall exams, the government will hold talks with the Japanese officials and urge simplification of the exam system for fall of 2020, Dhungana said.

The memorandum of Cooperation (MoC) signed between Nepal and Japan states that only the applicants that pass both the language as well as skills tests will be eligible to apply for employment in Japan.

On March 25, the government had signed a MoC with Japan, paving way for Nepali workers to travel to Japan for employment under 14 job categories.

According to the ministry, the government of Japan will allow Nepali workers to enter its job market at zero cost.

Other sectors where workers will be hired are shipbuilding and ship machinery, automobile repair and maintenance, aviation, accommodation, agriculture, fishery and aquaculture, manufacture of food and beverages, and food service industry. 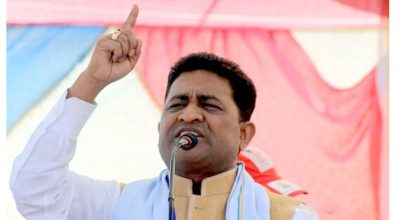