Biplav group will be brought into mainstream politics: PM Oli 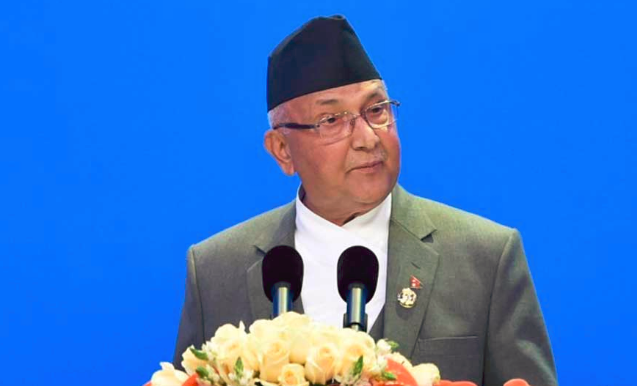 Prime Minister KP Sharma Oli has said the Communist Party of Nepal (CPN) led by Netra Bikram Chand ‘Biplav’ would be brought into the political mainstream by April 13.

Addressing to the Nepal Communist Party (NCP) lawmakers of the House of Representatives and the National Assembly at the Parliament Building, Naya Basneshwar, yesterday, he said the Biplav group would be brought to the mainstream of politics by putting to an end its extremist and violent activities.
“The group would be brought into political mainstream politically if possible and if not even by putting ‘the phony comrade’ behind bars,” PM said.
Accusing the Biplav group of trying to make the present communist-led government a failure, undermining the democracy, sabotaging the development works and obstructing the government-targeted socialism, PM Oli said that that cannot happen. “They will come to the political mainstream adopting flexibility, if not even by imprisoning them.”
He said although they showed tolerance towards Biplav’s group taking them as (fellow) communists, the group instead mobilized its cadres to assassinate the NCP leader.
The Prime Minister claimed that secessionism has been banished from the country and it would now move forward on the basis of national unity.
He stated that the government has started holding discussions with all sides and bringing them to a compromise for concluding the peace process at the earliest. “The remaining works of the peace process should not be delayed any longer now so as to allow ‘some elements’ to play in it,” PM Oli said, adding that the peace process would now be concluded in an appropriate way as the legal framework was already ready.
He informed the party lawmakers that the meeting of the Council of Ministers scheduled would constitute a recommendation committee to recommend names of office-bearers to the two commissions – the Truth and Reconciliation Commission and the Commission of Investigation on Enforced Disappeared Persons (CIEDP) – tasked with concluding the peace process. (RSS)