The Embassy of India in Kathmandu celebrated India’s 71st Republic Day amid a special function yesterday.

To begin the ceremony, Charge d’ Affaires Ajay Kumar hoisted the Indian national flag and read out the message of the President of India for the occasion.

He also felicitated eight widows and five next of kin of deceased soldiers by disbursing their dues worth Rs 5.97 crore and a blanket to each.

The Government of India has so far gifted 782 ambulances and 154 buses to various hospitals, non-profit charitable organizations and educational institutions of 77 districts in Nepal.

The ceremony concluded with a performance by the Nepal Army Band. 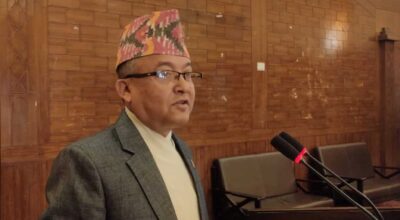