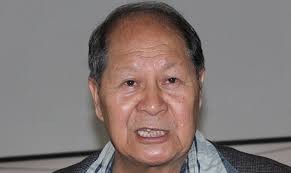 Nepal Workers and Peasants’ Party (NWPP) chair Narayan Man Bijukchhe has accused the role of medical mafias in preventing the Bhaktapur municipality to get permission for upgrading the Khwopa College into a University and running medical classes.

While inaugurating the 12th assembly of the Bhaktapur municipality here today, the leader said the municipality proposed the government grant the status of a University to the college and allow it to introduce MBSS classes at a very reasonable price. “But our plan to ensure MBBS programme within the locality got aborted due to the role of medical mafias.” As he said, media mafias had their role behind the government’s reluctance to accept the proposal.

He took time to say that the nation and people were suffering from the dominance of those leaders with political ignorance. “Those in power are ignorant of the nation’s geography, conditions, and history.”

Accusing the dominance of rightist forces in the nation, he urged people’s representatives to take the role of keeping the new generation away from their influence.

As he said, the United States of America was seeking a chance to encircle China from all sides and Nepali territory shall not be allowed to be used for such motive under any circumstances.

On the occasion, mayor Sunil Prajapati presented the policy and programmes of the local government for the upcoming fiscal year. (RSS)