NC calls for rescuing Nepali students in trouble in Australia 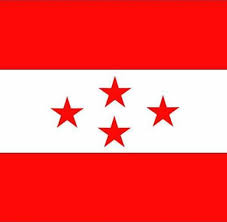 The main opposition party of Nepal, Nepali Congress, has urged the government to immediately take necessary initiatives with the Australian government for rescuing more than 1,000 Nepali students who are in difficult circumstances after going to Australia for higher studies, and for appropriate educational arrangements for them.
Party spokesperson Bishwa Prakash Sharma made this call through a press note he issued yesterday.
He stated that the party’s central office has directed the Nepali liaison committee close to the party and based in Australia to collect additional information about the students who are stranded in Australia at the earliest and to carry out the required coordination to that regard.
“Thousands of Nepali students are pursuing higher studies in Australia and we are indebted to Australia for this. However, an educational institution there is learnt to have admitted thousands of Nepali students without the legal registration and affiliation, making their future uncertain. Even the public accounts of Nepali students going there to study nursing having to suffer heart-rending problems has made us, along with their parents, distressed,” the NC spokesman stated in the press note.
The Nepali Congress has also drawn the attention of the Government of Nepal to forward the necessary action by collecting the required details of the educational consultancy sending the students to an unregistered campus.