BBC has listed a Nepalese woman in a list of 100 inspiring and influential women from around the world 2019.

Revealing the list on Wednesday, BBC has chosen Bonita Sharma as an influential innovator among the top 100 list under its Knowledge category. The award has made Nepal proud.

“Inspired by her mum’s determination to obtain a degree despite pressure to become a housewife, Bonita Sharma helps educate and empower women and girls in her native Nepal,” the BBC noted on its website.

“In a bid to tackle child deaths to malnutrition, she designed Nutribeads, a bracelet for new mums with different coloured beads to remind them what to feed their babies. Her projects have been awarded funding from the UNESCO Malala Fund for Girls’ Right to Education, and she has founded her own organisation to empower women and girls: The Social Change makers and Innovators (SOCHAI).”

Sharma is the CEO and co-founder of SOCHAI . Her organization has been fighting against child mortality due to malnutrition as well as imparting the importance of nutritious food to children across various communities in the nation.

She has also been honored as the winner of the Lead 2030 Challenge for Sustainable Development Goal (SDG) # 2 ‘Zero Hunger’ category initiated by One Young World and supported by the RB (Reckitt Benckiser) Group, earlier this year in June. 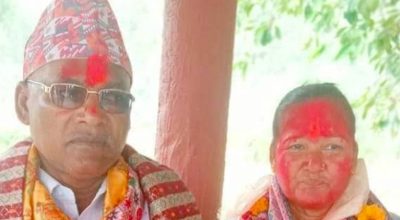