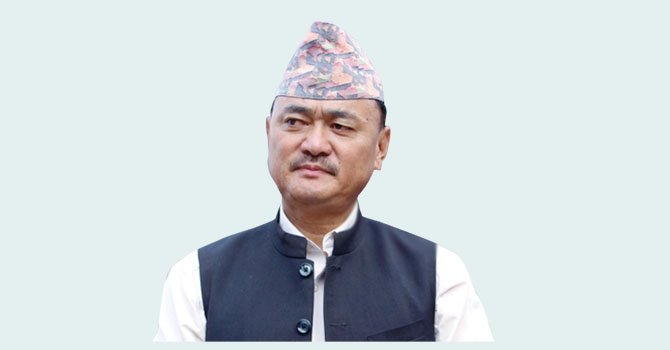 Minster for Physical Infrastructure and Transport Basanta Kumar Nembang pledged to take proper decision soon to speed up the construction of Ranke-Rabi-Bhedetar road.

Minsiter Nembang, who came here Sunday for on-site inspection after sluggish progress on road construction, said the construction works would take headway.
The road being constructed with the funding of Indian government has so far made 12 percent physical progress which has normally to be 43 percent.

Making inspection of the road construction with slack of progress, Minster Nembang said appropriate decision would be made to expedite the construction works.

“Discussion was held with the Indian government through our Ministry of Foreign Affairs in this regard. Only options are whether to terminate the contract or to ensure substantial progress in definite period of time”, the minister added.

At an interaction held at Budhabare Bazaar after the on-site inspection, Minister Nembang said, “The Ministry would take decision required to speed up the construction of the road”.

Minister Nembang said this after listening to the representative of Indian company APKO which was awarded the contract for construction.

The minister had made the on-site visit to the road acting on the recommendation of locals to push for the expedition of construction.