Rainfall with thunder and lightning predicted 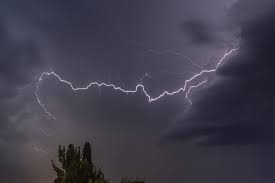 The country is to witness rainfall along with thunder and lightning in most parts of the country today.

Department of Hydrology and Meteorology has said the monsoon has affected Province-1, Madhes Province, Bagmati Province, and Gandaki Province. Even the local wind and westerly wind have a general impact in the provinces of a western belt of the country.

Similarly, the country is currently bearing the impact of a low-pressure belt of Uttar Pradesh and the vicinity of India.

However, partly to general weather change is forecasted in some parts of Province-1, Madhesh Province, Bagmati Province, and Gandaki Province.

The latest update showed that Kathmandu Valley recorded a minimum temperature 19.8-degree Centigrade and a maximum of 29.2 degrees Centigrade. (RSS)