State 5 Is Foremost In Terms Of Making Laws And Plans: CM Pokhrel State 5 Chief Minister, Shankar Pokhrel, said on Saturday that his government had shown special interest for the development of Nepalgunj.
Inaugurating the newly-constructed bus park, here, the Chief Minister said that the government was committed to developing Nepalgunj as an industrial city of the State.
“Nepalgunj’s development pace will not be stopped merely with the displacement of some government offices, the city has already moved on the process of development. The present situation is not the situation of despondency; it’s only our thinking that has become pessimistic,” he said referring to some government offices being moved out of Nepalgunj to the State temporary capital in the context of the country’s adoption of federal structure.
Chief Minister Pokharel said that the government had figured out the development trajectory of the entire province, including Nepalgunj, and that there was no reason to lose hope.
He claimed that the state was foremost among all the seven States in terms of making laws and plans and it was in top position regarding the highest GDP growth rate.
According to him, the GDP growth rate of State 5 is 7.7 per cent, the highest such growth rate among all the States. 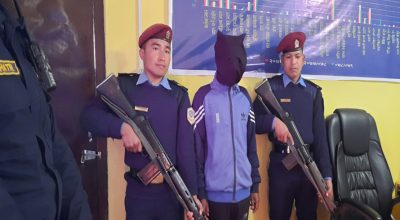