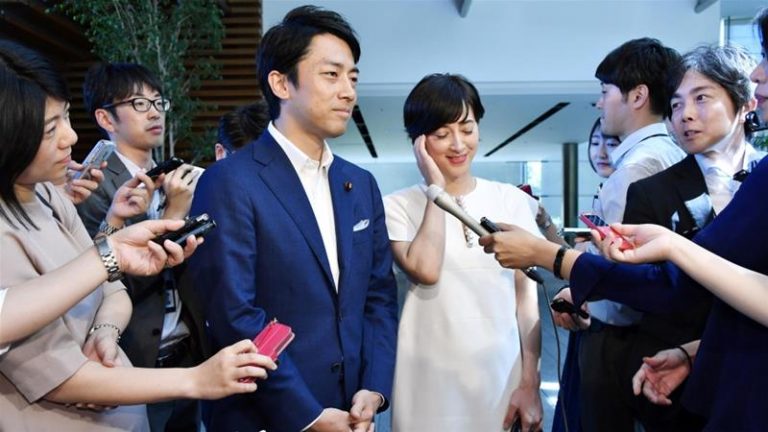 Japan’s popular environment minister said he will take paternity leave when his first child is born later this month to be a good example for working fathers in Japan, where men are largely absent from child-rearing.

Environment Minister Shinjiro Koizumi said on Wednesday he will take two weeks of leave over three months on the condition it would not affect his parliamentary and Cabinet duties.

Last month, it adopted a policy allowing male public servants to take more than a month of leave with the birth of a child.

While the governors in Hiroshima and Mie in western Japan have taken paternity leave, Koizumi is the first Cabinet minister to do so.

The 38-year-old politician said it was a difficult decision, but that he was going ahead with the plan to pave the way for other male employees in his ministry and working fathers elsewhere.

While recent surveys show a majority of eligible male employees hope to take paternity leave in the future, changes are coming slowly and few fathers of newborns take time off due to the intense pressure to focus on work.

Only 6 percent of eligible working fathers took paternity leave in 2018, according to the Ministry of Health, Labour and Welfare, far short of the government’s modest 13 percent target for 2020.

Many working fathers fear taking paternity leave will damage their careers, and those hoping to take leave often face warnings from their bosses or colleagues.