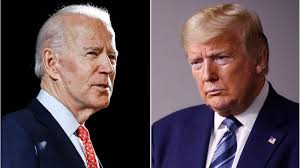 America will decide on 3rd November whether Donald Trump remains in the White House for another four years.

The Republican president is being challenged by Democratic Party nominee Joe Biden, who is best known as Barack Obama’s vice-president but has been in US politics since the 1970s.

Joe Biden and Donald Trump each need 270 electoral votes to win the presidency. Most states are leaning or solidly in favor of one candidate, but in some states the race is too close to call. As election day approaches, polling companies will be trying to gauge the mood of the nation by asking voters which candidate they prefer. Clarification sought from 115,131 candidates for not submitting expenditure details