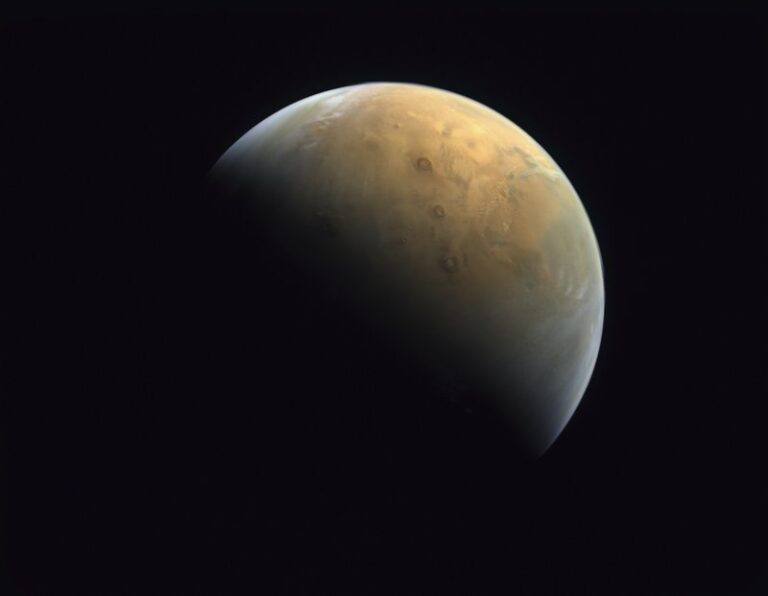 (AP) — The United Arab Emirates on Sunday published the first image for its Mars probe now circling the red planet.

The image comes from its “Amal,” or “Hope,” space probe.

The probe swung into orbit around Mars on Tuesday in a triumph for the Arab world’s first interplanetary mission.