When hosts Sadichha Shrestha and Suman Karki teased Rajina Rimal for comments about her own song, Rajina Rimal first blushed, and then praised Purna BK’s control over his voice while performing the song.

Purna BK, a promising candidate has made it to the Top – 3. Will he be able to impress the judges again for the coveted Hall of Fame – II title – we will only know tomorrow.

Watch the grand finale of MNTV Hall of Fame – II – at 8 PM Nepal Time, only on the official YouTube channel of MNTV Australia, or Himalaya TV. 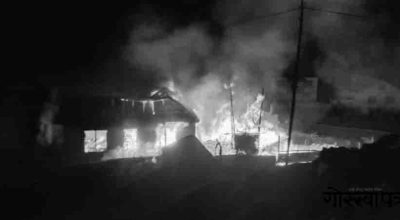